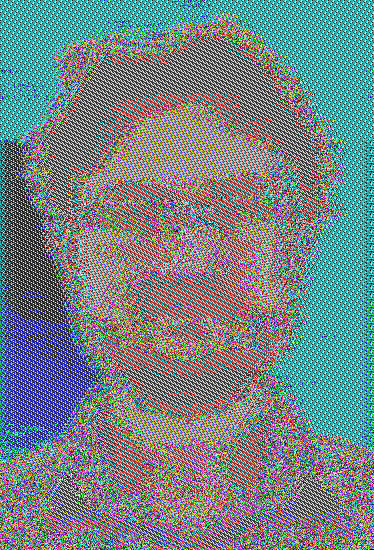 Stubbing out WASI manually in Rust

Following a really cool blog post “A beginner’s guide to adding a new WASI syscall in Wasmtime” by @RaduM on adding a new WASI syscall to the WASI spec and then stubbing it out in Wasmtime, I thought I’ll contribute to his effort in making Wasm and WASI simpler for the beginners, and delve a bit deeper into stubbing out WASI imports manually when compiling from Rust using the bare target wasm32-unknown-unknown. I guess I’m hopeful this would hint everyone on how wasm-bindgen is doing it, or what is actually happening under-the-hood when compiling directly to WASI in Rust (i.e., using the target wasm32-wasi).

Uhm, so what is it that you’re actually trying to show here?

Excellent question! So here’s the problem we’re trying to solve here. Given a simple, bare Rust lib looking as follows:

how can we configure and stub it out so that when compiled to wasm32-unknown-unknown it’s actually run as a standard executable WASI module? Incidentally, the solution to this problem is pretty straightforward once you know what the WASI spec requires, and how to link to the runtime-provided syscall module. But, one thing at a time.

Step 0. Get the right tools!

After you’ve gathered all three, go ahead and create a Rust library template with:

What we actually want here is for the library to compile into a dynamic system library, or cdylib. To do that, we need to tweak Cargo.toml to have the following [lib] section added:

cdylib will allow us to build a dynamically linked Wasm module. With the right entrypoint specified, this will allows to use it as a standard executable Wasm module that you would get by compiling a binary Rust crate to wasm32-wasi target directly. You can find more on this here.

At the time of writing, for a Wasm module to classify as a WASI module, it needs to export an entrypoint called _start. Cool, this is easy, let’s add that in to our lib.rs source:

Note the #[no_mangle] attribute which will basically stop Rust compiler from mangling the function’s name, and extern "C" since we need to generate ABI that our Wasm runtime (in this case, Wasmtime) can link to.

OK, so this is one is the trickiest step so far. Since we’re stubbing out the WASI imports/exports ourselves, println! macro won’t work as it has no idea where to redirect the output to. If we compiled to wasm32-wasi that would have been taken care of for us, but in this case, we’ll have to do this manually ourselves.

We’ll need to import two WASI syscalls provided by the runtime when executing our module. These are:

A word of explanation what the heck is going on here. In order to link with the syscalls provided by the runtime, we need to match the function name and its signature. For the latter to work out, we need to be careful to properly specify the sizes (in bytes) of the input types, and so, under-the-hood, the runtime is expecting a function fd_write to have the signature

i32 here means that every type is 4 bytes aligned.

Step 3.2. Using the imports to stub out say_hello

OK, with this out of the way, we can finally stub out say_hello function with a working replacement of println!:

And that’s it! We can compile our module and run using Wasmtime.

If there were no errors, you should find your Wasm module in target/wasm32-unknown-unknown/debug/hello_wasi.wasm.

To check that we’re actually calling the syscalls from our module, we can enable the syscall trace like so:

I hope this has been useful for you. If I have made a mistake anywhere (which I most likely have), please feel free to reach out to me via any means available :-)